I was very excited last week when I opened my work email and found almost six pages of Halloween-themed books and movies from the Kokomo-Howard County Public Library. When I asked if the library staff would be interested in sharing their favorites in the journal, I thought I would be lucky enough to get five articles. I should have known that if there was a bunch of people in Kokomo willing to make lists of books and movies, it would be the library.

I started making my own list of Halloween watches a few weeks ago. Every October I try to watch as many horror movies as possible. I start with the first one and end with some of my favorite movies during Halloween week. I stocked up new additions to my marathon this year with first-time watches like “The Hunger” (David Bowie as a vampire!), “Us” and “Doctor Sleep” while adding recent favorites like “Midsommar” into the mix.

I am very picky when it comes to horror movies. I prefer them to be more psychological and story driven than full of a lot of gore. Jason and Freddy never interested me. Michael has exhausted his welcome after the original “Halloween”.

After going through all the spooky goodness the library sent me, I felt inspired to make my own list of movie recommendations. Hope you are interested enough to check out a few over the next month or so.

“The Blackcoat’s Daughter” (2015) – It’s a movie about… no, I can’t tell you. The less you know, the better. Don’t look for spoilers online. Cover your ears if someone is trying to explain it to you. Just go watch it and be careful. This film does not hold the hands of its audience and it expects viewers to put the pieces together on their own. It’s damn brilliant. Seriously, it’s getting bloody.

“Poltergeist” (1982) – Basically a haunted house story, but for me “Poltergeist” is a film full of sadness and nostalgia, its early 1980s setting and its room full of “Star Wars” toys. tragedies that befell its young stars Dominique Dunne and Heather O’Rourke in the years that followed. For those who don’t know, months after the release of “Poltergeist” and Dunne was slated to star in the cult TV miniseries “V”, her abusive boyfriend strangled her so severely that she died at the hospital. Six years later, O’Rourke died at the age of 12 from a misdiagnosed illness. I always feel sick to these two young women when I watch this movie and think about what could have been for them.

Today more than ever, the world needs reliable reporting, but good journalism does not come for free. Please support us by making a contribution.

“The Cabin in the Woods” (2011) – A group of students go to the woods for a weekend at the cabin. And you know how it goes in a horror movie. Except that “Cabin in the Woods” twists all expectations and goes places one would never expect, criticizing the very tropes of the horror genre in the process. Besides, it’s really funny.

“The Silence of the Lambs” (1991) – Technically not a horror movie but Buffalo Bill scares me, okay. Not even an official FBI agent yet, Clarice Starling must compete in spirit with Hannibal Lecter, a former psychiatrist and now patient with a penchant for eating people. Starling needs Lecter’s help to stop a new killer before he finds his next victim. It was the last movie to sweep the top five Oscar categories in 1991. And seriously, Buffalo Bill is scarier than Hannibal Lecter.

“Let the Right One In” (2008) – A sweet story of two excluded children who become friends and make each other’s lives brighter. Plus, one of them is a vampire. This is a Swedish movie and there is a decent American remake called “Let Me In”, but you should really watch the original version.

“The Rocky Horror Picture Show” (1975) – I love musicals and there’s no better way to end a Halloween marathon than with “Rocky Horror”. Newly engaged couple Brad and Janet are on their way to visit a former teacher when their car breaks down. They take refuge in a giant castle and meet Dr. Frank-N-Furter. (Tim Curry at his best) the night he’s about to unveil his science project. If you’ve ever wished horror mixed with glam rock and Broadway, then this is the perfect treat for you.

It goes without saying that none of these films are suitable for young people. But I hope those looking for some new thrills in October will find pleasure in one of these movies.

And be sure to support our local library too! 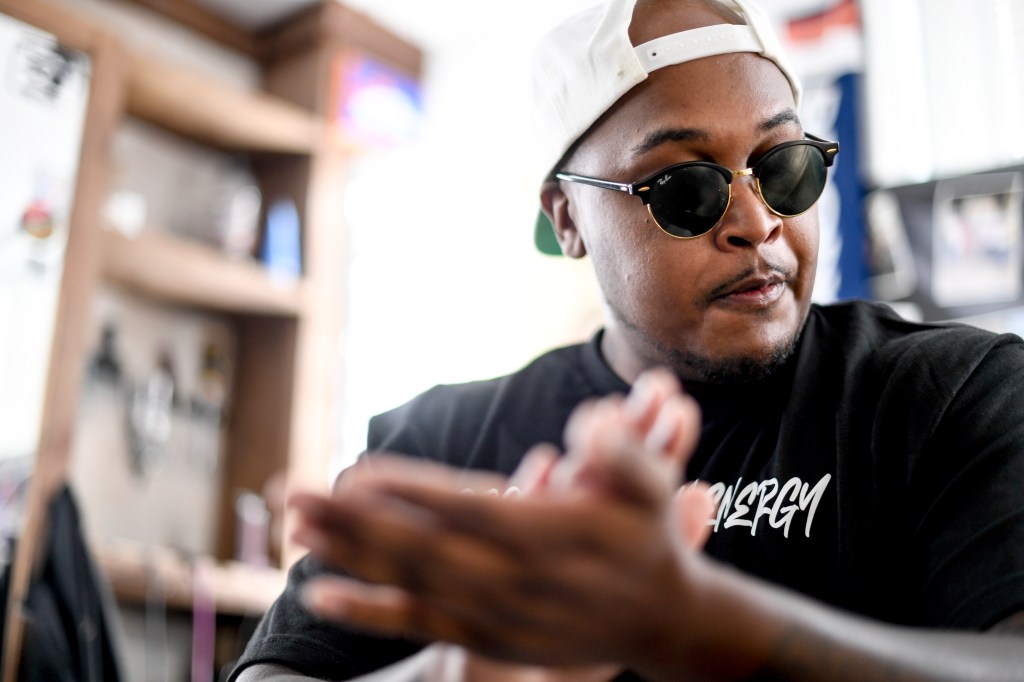