The Walt Disney Company’s (DIS) latest release “Black Widow” was a box office success – until it wasn’t. The film had the highest opening of the year of all theatrical releases in its first weekend and grossed $ 60 million from Disney Plus, the company’s streaming platform where the Viewers could rent the movie for $ 30 through its Premier Access tier.

But the box office arc of “Black Widow” changed dramatically in its second weekend. Cinema collections fell by 70%, the second biggest drop for a Marvel Cinematic Universe (MCU) film after “Ant Man and the Wasp” in 2018.

Unlike the first weekend, when the company touted the movie’s revenue from its streaming division, Disney hasn’t released any figures relating to its performance on the streaming service either. This led some to speculate that a “similar sharp drop” in collections had also occurred there.

Disney’s stock also rotated with the film’s box office collections. It jumped 7.5% to a peak of $ 185.31 after the company released the first numbers for the weekend’s box office collection. But it slashed those gains and fell 6.3% to a low of $ 172.42 on July 19 after the film’s second weekend. At the close of trading on July 22, Disney stock changed hands at $ 175.13.

The turnaround in box office collections for “Black Widow” is not simply a case of disappointing expectations. It can also prove to be an important marker in testing a change in Disney’s approach to releasing films and creating umbrella franchises.

Cinema revenues have already been hammered due to the pandemic restrictions. A hybrid release strategy that encompasses streaming and same-day theatrical opens has the potential to further decimate those numbers.

Unsurprisingly, the box office performance of “Black Widow” aroused annoyance among theater owners. The National Association of Theater Owners (NATO) issued a long and firm statement criticizing the Burbank, Calif., Based company for showing the film in theaters and its streaming platform at the same time. “Simultaneous release is an artifact of the pandemic era that should be left to history with the pandemic itself,” NATO said.

Analysts and commentators blame the company for losing valuable intellectual property revenue by choosing a simultaneous release date for its content, instead of a staggered date that could double revenue for the same film.

“I think it shows that if you make a movie available quickly and for free to stream, people will just wait. [to own or watch it at a streaming provider]Alicia Reese, equity research analyst at investment firm Wedbush Securities, told The Washington Post. Viewers will return to theaters en masse if Disney returns to the traditional model.


But it might take a while for the company to do so. During his May earnings call, company CEO Bob Chapek explained Disney’s double-release strategy in response to declining box office collections due to pandemic closures. “The Disney Premier Access strategy gives us the ability to go ahead and try to market things and try to reprime the pump. [of collections for opening box office weekend],” he said.

Other studios are also experimenting with a similar approach. For example, last weekend’s box office winner “Space Jam 2” was made available to HBO Max subscribers for free by Warner Media, owned by AT&T Inc. (T). The company intends to continue with this mode of distribution until the end of this year.

But Disney declined to commit to a similar timeline for its hybrid release strategy. “We will continue to monitor the development of the recovery of the cinema market [from pandemic restrictions], and we’ll use that flexibility to make the right call at the right time, ”Disney CEO Bob Chapek told analysts on the earnings call.

Part of the reason Disney is reluctant to commit to a deadline may be because it needs more time to experiment. Disney Plus, the company’s streaming platform, has grown at a breakneck pace since its launch, becoming a formidable challenger for current leader Netflix, Inc. (NFLX). It has become critical to Disney’s future, and some analysts have said it will become the primary driver of the company’s top-line growth.

But the service’s potential to generate income from other sources has yet to be tested. Franchises are important to Disney’s bottom line. By some estimates, Marvel characters have contributed as much as $ 22.59 billion to Disney’s revenue. The shared experience of theaters has been a critical component in shaping and polishing their appeal. Merchandise sales, collectibles, and posters earn extra dollars and improve the recall value for franchises, thus strengthening their box office collections.

There is no evidence that the relatively personal experience of a streaming service can generate similar income. The House of Mouse is already collecting data on contributions to Disney Plus franchises. The first results are encouraging.

“… Our merchandise sales on ‘Mandalorian’ [which is part of the Star Wars franchise] that has never had a theatrical release is certainly an extraordinary marker in terms of the fact that while the venue continues to be a great way for us to build franchises, our first big data point using our platform “Disney + shaping to sell merchandise has been tremendously successful for us too,” Chapek told analysts during the May earnings call.

Next High-flying comedy is coming to Hayes Valley 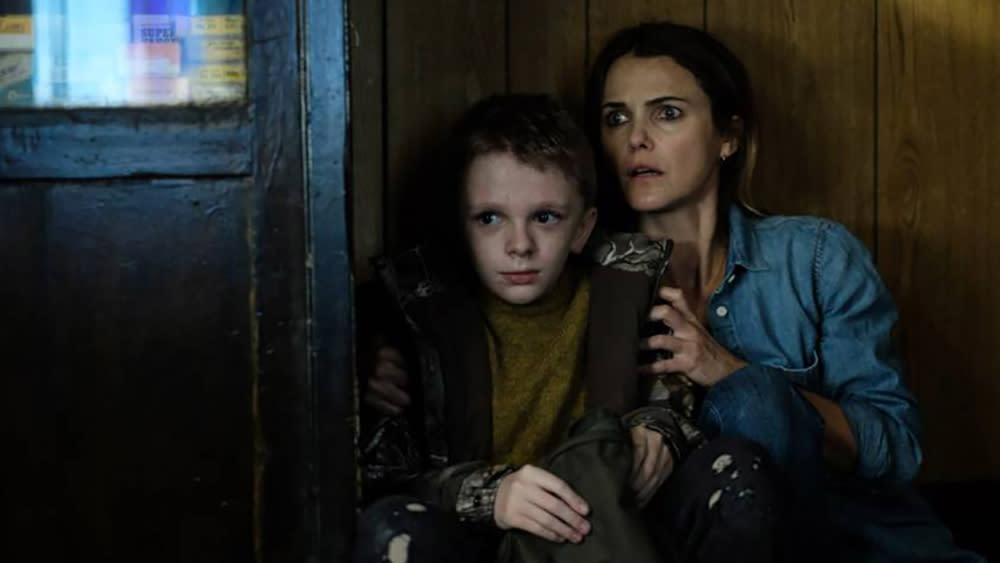